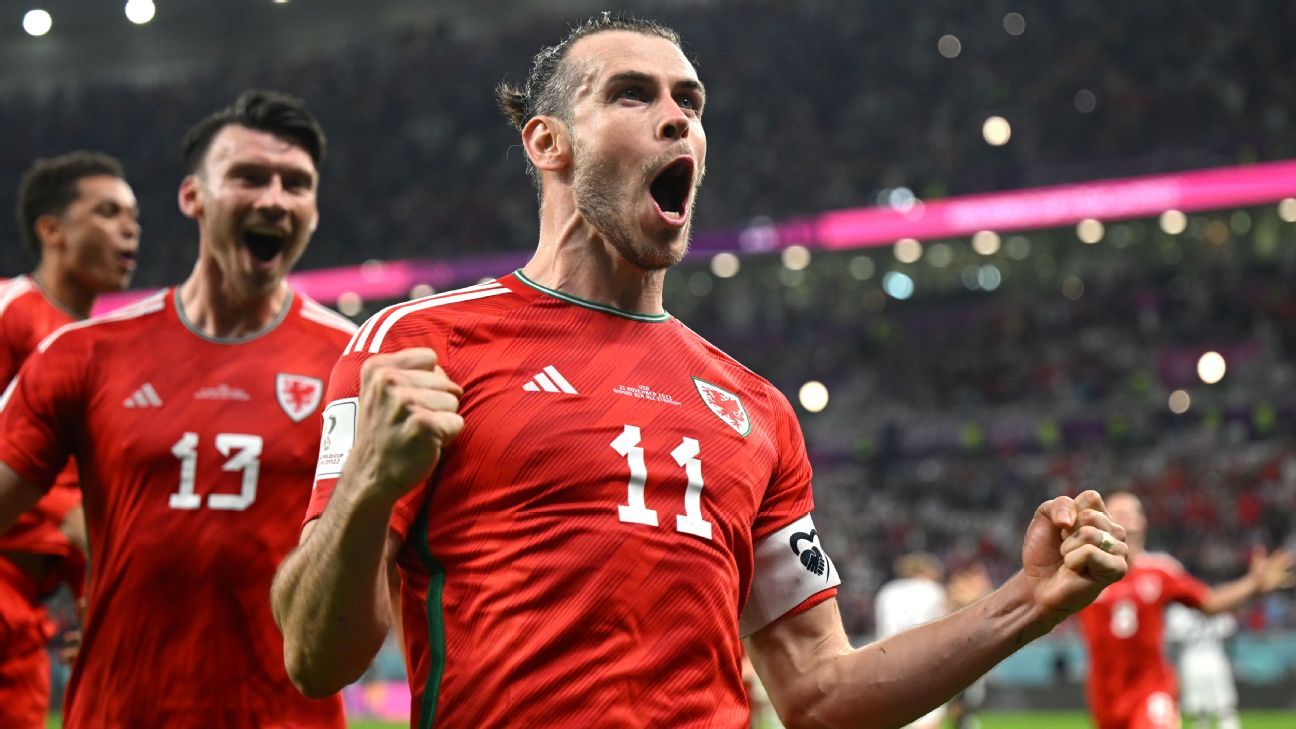 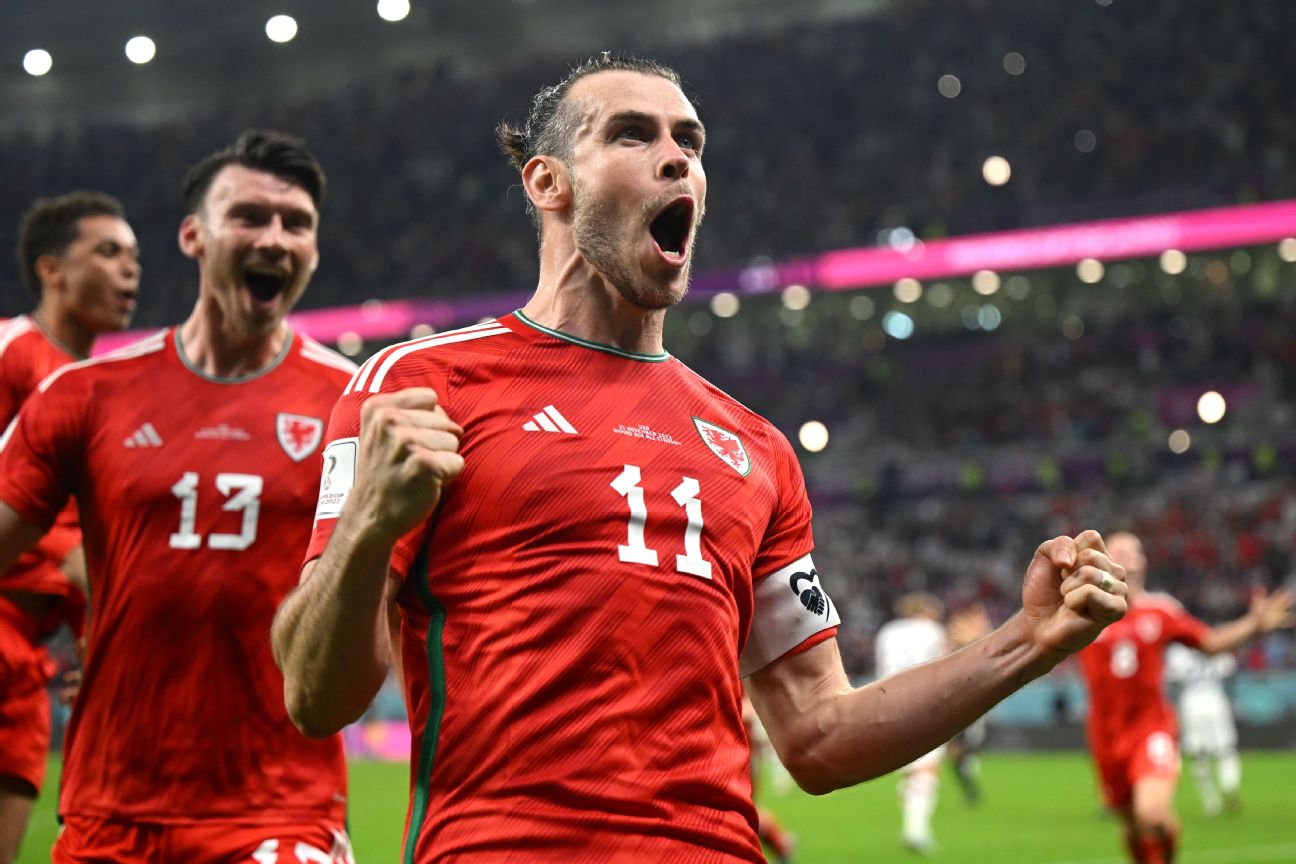 DOHA, Qatar — For most national team captains arriving at the World Cup, the dream is to be the one left holding the trophy at Lusail Stadium on Dec. 18. But for Wales captain Gareth Bale, it’s a little different. He’s in Qatar to win matches, that’s obvious, but there’s also something bigger at play. It’s his hope that when the World Cup rolls around in 2042 there’s another player leading out a Welsh team on football’s biggest stage with a memory of 2022 stuck in his head.

This is Wales’ first World Cup in Bale’s lifetime and he talks about his childhood memories of the competition being tainted because his country weren’t there. But he’s hopeful after leading Wales to their first qualification since 1958 that there will be youngsters at home watching the games against the United States, Iran — who they face on Friday — and England and be inspired to follow in his footsteps.

“As a kid I dreamt of seeing Wales at a World Cup but to actually be in the team that achieved it is an incredible feeling and it’s an honour to be able to do it for the country,” said Bale. “For the youngsters growing up now, to have Wales in the World Cup, even if they don’t realise it now, it’s an incredible experience for them to have. It’s one I wish that I’d had.

“By doing what we’ve done, hopefully we’re going to have a strong national team in the future and in 20 years’ time they’re sitting where I am now saying that Wales qualifying for the World Cup in 2022 was what inspired them to play football and to love it.”

Bale, a five-time winner of the Champions League while at Real Madrid, has done as much as anyone to make football in his country relevant again. Wales’ last great player, Ryan Giggs, was regularly criticised for putting his club, Manchester United, before his country and despite making his international debut as a teenager in 1991, he didn’t play a friendly fixture until 2000. Giggs’ decisions around non-competitive games were heavily influenced by then United manager Sir Alex Ferguson, who wanted to keep his star players as fit as possible, but at times it created a feeling that Welsh football didn’t matter, particularly with many in Wales already considering rugby union to be their national sport.

Giggs played 963 times for United during a career which spanned 23 years but only made 64 appearances for Wales. In contrast, when Bale starts against Iran at Al Rayyan Stadium, he will win his 110th cap. He will hope to add a few more in Qatar by making it out of the group, just as Wales did at the European Championship in 2016 — their first major tournament for 58 years — and the Euros in 2020, played in 2021 because of the COVID-19 pandemic.

Matching their run to the Euros semifinals six years ago might be a stretch but a creditable 1-1 draw against the US in their first game has opened up the possibility of progressing from Group B and setting up a round-of-16 tie against Netherlands.

There is also more at stake. Wales has been particularly hard hit by the cost of living crisis in the UK with research by the Abrdn Financial Fairness Trust and the University of Bristol finding that 22% of households have been forced to significantly cut costs to deal with rising food prices and energy bills.

Wales manager Rob Page used his news conference ahead of the opening game against the US to say that he hoped his team could provide some light relief for people who might be struggling back home. He also paid special tribute to the supporters who have spent thousands of pounds to travel to Qatar to support the players.

“I’ve got nothing but praise for the red wall and our supporters, they’ve played a massive part in helping us qualify for the World Cup,” said Page. “The commitment that they continue to show by coming to support us is incredible. We haven’t qualified for too many major tournaments and I guess they just want to be part of it.

“Even the most recent one at the Euros they couldn’t travel because of COVID so I guess that prompted more to want to come to Qatar. I’ve got nothing but praise and respect because it’s a big, big commitment.”

World Cup fever has not just hit Doha but also gone right across Wales, from Cardiff and Swansea on the south coast to Wrexham in the north.

“We get sent videos and photos from back home in our WhatsApp group and friends are sending stuff over,” said Bale. “You can see the flags up, the bucket hats and the shirts are out so we feel the buzz back at home.

“Watching World Cups growing up, it was always a little bit disappointing because Wales weren’t there. As a kid not having your country at the World Cup, it does take a little bit of specialness away from it.

“For us to be the team to get over the line is incredible. It’s important to grow football in our country and to inspire another generation to get more kids playing football.”

Bale’s first World Cup memory is of France ’98 but not because of a particular match or goal, but rather because he had a pencil case carrying the tournament logo. For generations of fans that’s as close as they got but Bale and Page have ensured there’s now a genuine connection by sharing a stage with the likes of England, Argentina and Brazil.

Wales, a country with a population of a little more than three million — a similar number to Iowa — and whose top domestic teams play in England’s league system, are targeting a place in the knockout phase in Qatar and a spot among the best 16 teams in the world. There is, however, a sense that what they have already achieved off the pitch is of far greater significance. 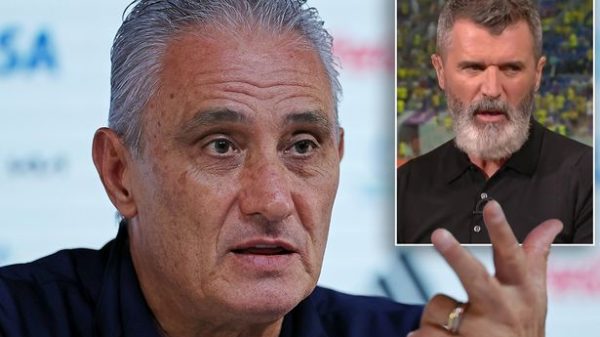 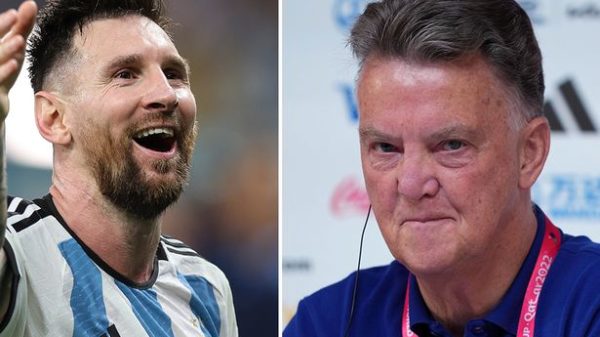 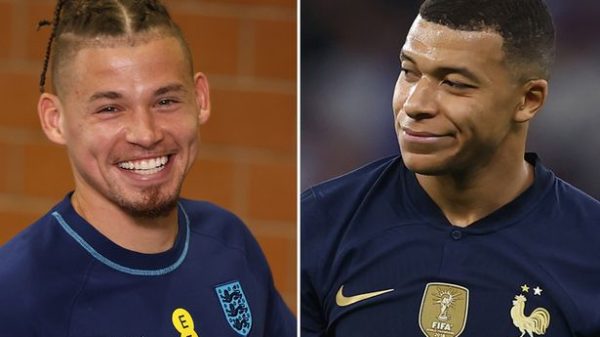