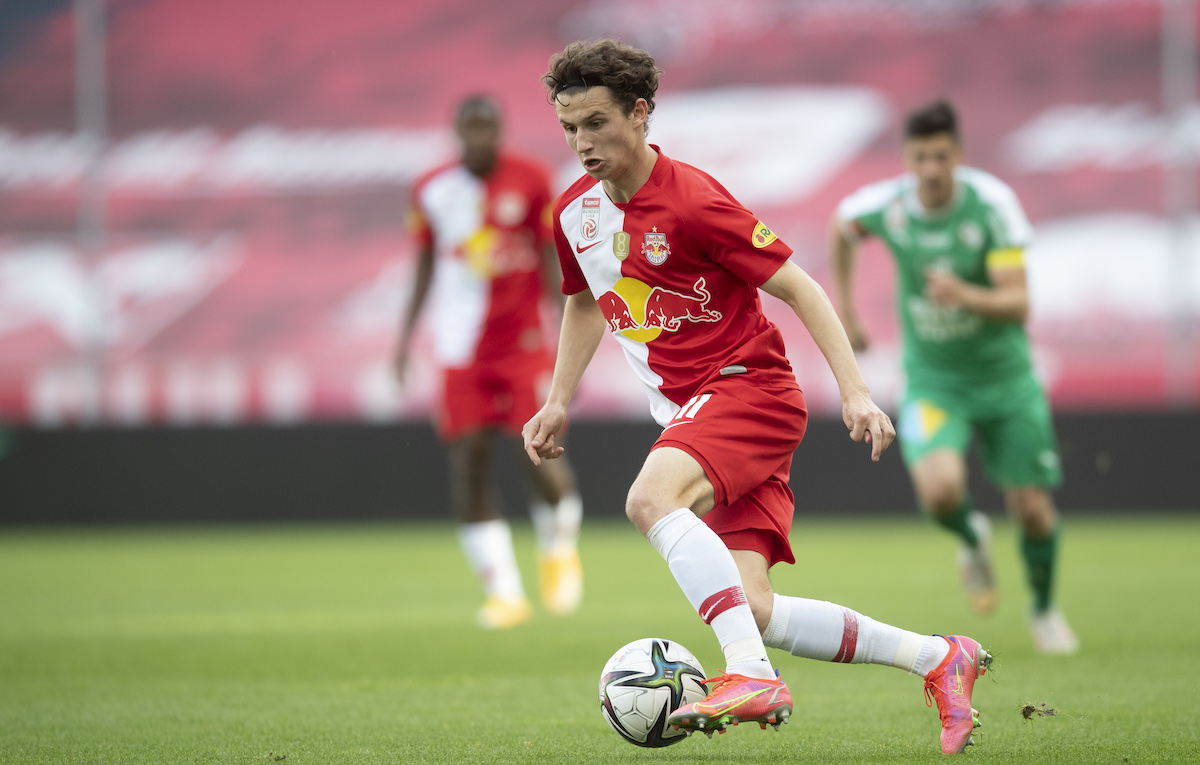 AC Milan are interested in signing Red Bull Salzburg star Brenden Aaronson but Leeds United have made the first move, according to a report.

Calciomercato.com reported last month that Milan are very interested in signing Aaronsen as a profile for the future. They claimed that a January move is excluded as the cost of the operation isn’t viable for the Rossoneri, who need to focus on other positions and would have to pay €18-20m to sign a player who cost Salzburg just €6m 12 months ago.

The Athletic are claiming that Leeds United are serious about landing him too though and have had a £15m (€18m) offer for Aaronson rejected by Salzburg, and they are expected to go in with another bid because they are ‘intent’ on signing him.

The 21-year-old has 10 goal contributions in 26 appearances across all competitions this season for Salzburg (3G, 7A) in what has been a very successful campaign for them so far. They lead the Austrian Bundesliga by 14 points and are in the Champions League knockout stages, where they will meet Bayern Munich.

Aaronson is a USA international now too and is expected to be a part of the team for their upcoming qualifiers at the end of the month. The report goes on to mention that RB Leipzig and Milan are also keen on signing him.