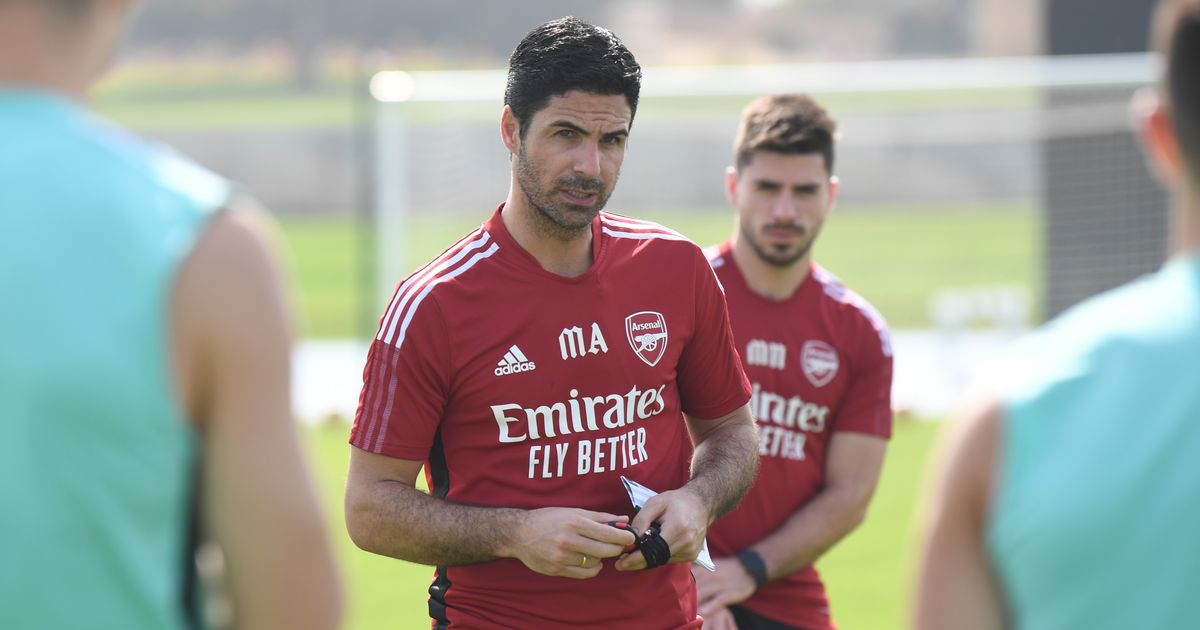 Praise has been heaped onto Mikel Arteta for giving Arsenal’s young guns opportunities, however, his most recent transfer targets suggest a lack of faith in Emile Smith Rowe.

The Gunners were keen to bolster their ranks in the January transfer window but failed to add anyone to their current squad.

Striker Dusan Vlahovic opted to move to Juventus from Fiorentina rather than to the Emirates Stadium, and Arteta also struggled to get a deal over the line for a midfielder.

It was deemed a necessity for the North London outfit to sign a more defensive-minded player to protect their defence, with Juve’s Arthur Melo sighted as a top target.

But the Gunners have also been linked with an attacking-minded star, RB Leipzig’s Christopher Nkunku.

The Frenchman has been in flying form in the Bundesliga so far this season, scoring 10 and assisting seven in 21 appearances in a variety of different positions.

The 24-year-old has been deployed as a winger on occasions, as a makeshift striker but is most comfortable as a no.10.

On paper, Nkunku and Smith Rowe are very similar in what they can offer; the pair are creative, great with the ball at their feet and have a knack for getting on the scoresheet, which suggests that Arteta may not have the utmost confidence in the latter.

Smith Rowe has made 19 appearances for Arsenal so far this season, scoring eight and assisting two, but the fact that Arteta is eying up a direct replacement could mean that the 21-year-old has to improve further if he is to remain an integral star in the team.

“There are so many good young players. He’ll have to bide his time, there are other young players ahead of him right now but I absolutely love that lad.

“I always want him to do well, you’re urging him on. To watch him in full flow, I’ve said he’s the best player in the Premier League running the ball.

“He’s so exciting, the pace, moving with the ball. He’s a special talent. He can pop up in different positions, he has that ability to play all four positions up top and that’s a real bonus.”

It could be music to the ears of Smith Rowe that RB Leipzig chief Oliver Mintzlaff told Sky Sports Germany that his side has no intention of parting ways with Nkunku in the summer – though made the point that ‘in football, nothing is certain’.

Smith Rowe has broken onto the Premier League scene with such an impact that it would be a major shock for Arteta to try and displace the star when he is finding his feet in the English top division.

But it is unlikely that Nkunku would be eyed as a long-term striker option for the Gunners and thus it remains to be seen how Arteta pieces together the puzzle if he is able to secure the signature of the former Paris Saint-Germain star.