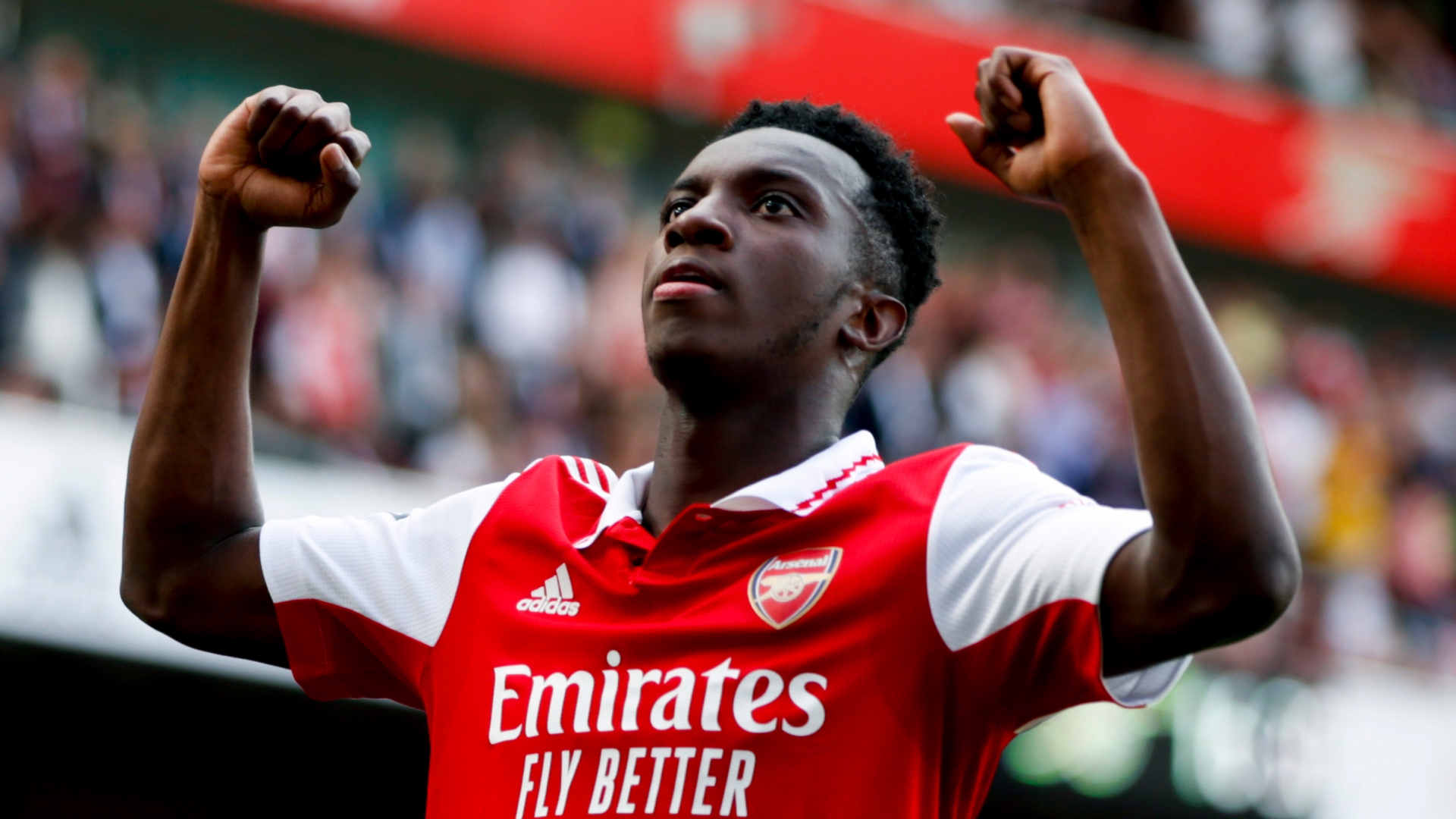 EDDIE NKETIAH is set to sign a new long-term deal at Arsenal that will see him net £100,000 a week, according to reports.

The Gunners striker is out of contract this summer, but after an impressive end to the season which saw him score five goals in eight games, Nketiah and Arsenal changed their respective stances.

And now according to Fabrizio Romano, Nketiah is set to sign a new deal which will keep him at The Emirates until 2027.

The 22-year-old had been playing as deputy to Frenchman Alexandre Lacazette, but his lack of goals continued to be a detriment to the Arsenal strike force before being dropped for Nketiah.

Arsenal are set to sign at least one striker this summer, with a whole host of names including Gabriel Jesus, Victor Osimhen and Dominic Calvert-Lewin linked with a transfer.

Nketiah was wanted by West Ham, Crystal Palace, Newcastle and two Bundesliga clubs, but now he is set to cement his status as a senior Arsenal player thanks to this new deal.

The Daily Mail have reported that the Hale End graduate’s new contract will see him earn a juicy £100,000 per week.

Their report also indicates Nketiah could earn as much as £5million in bonuses on top of his basic wage.

Retaining one of their own allows them to invest funds into a higher quality transfer elsewhere it may be needed.

Mikel Arteta is said to be in the market for a new central midfielder and a new defender, so the news that they will have more to spend thanks to resigning Nketiah will be welcome news.

In his short run as the teams main number nine, Nketiah eclipsed the four-goal return of Lacazette.

Nketiah’s effectiveness was underlined by an Expected Goals over-performance of 0.4.

In contrast, Lacazette had an under performance of -3.9 as he scored just four times from 7.9 xG – the second worst rating in the league behind Bryan Mbeumo who had a value of -5.7 xG.