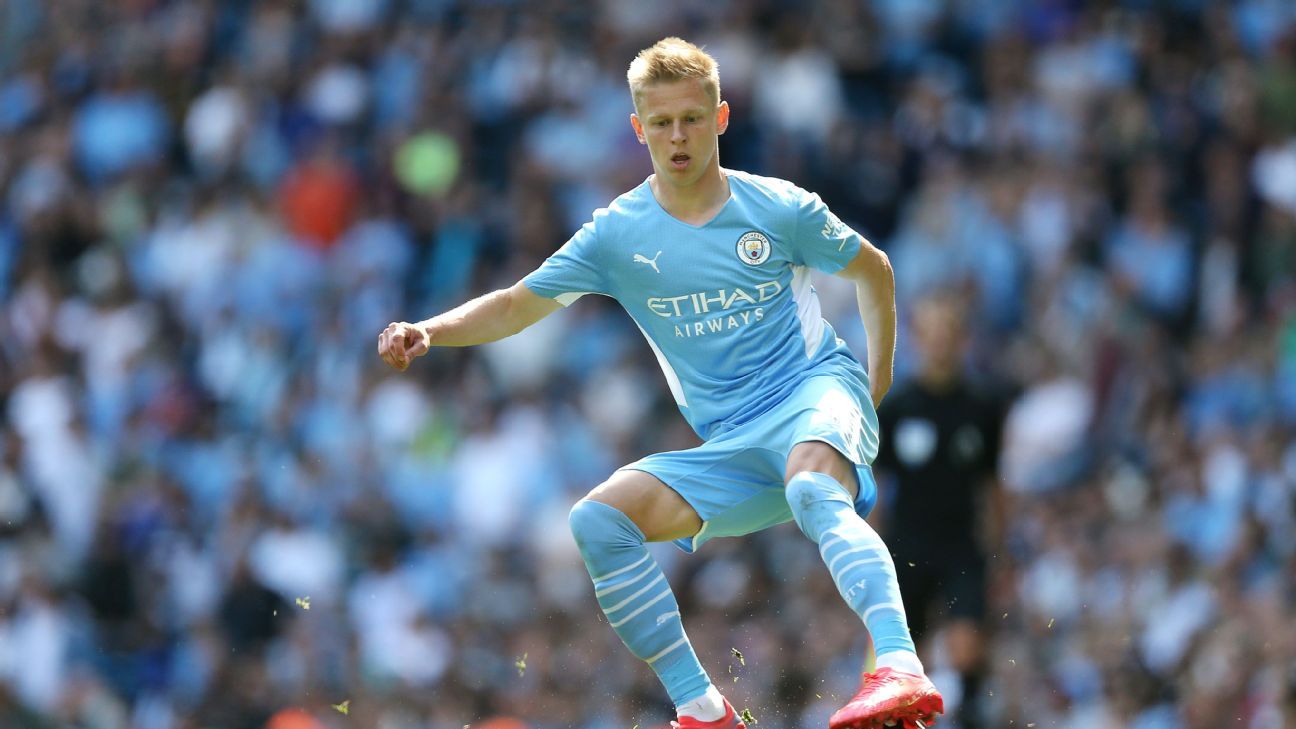 Arsenal are considering making a move for Manchester City star Oleksandr Zinchenko, according to the Daily Mail.

Arsenal boss Mikel Arteta is reported to see the versatile 25-year-old as a midfielder in his plans, and looks set to enquire about a possible switch from the Etihad Stadium to the Emirates.

Having made just 10 starts in the Premier League last season, the Ukraine international has seen less playing time as Pep Guardiola has utilised Joao Cancelo on the left side of defence, but he could be a key player should he move to the Gunners.

It is understood that Zinchenko has maintained that he would like to stay at City and fight for his place, but his good relationship with Arteta developed while working together when the Spaniard was assistant manager at City and could see him open to a north London move.

Mane, who joined Liverpool in 2016 and has scored more than 120 goals for the Premier League club, was considering leaving Jurgen Klopp’s side in search of a new challenge, British media reported.

“This question [about my future] I will answer after Champions League [final], if I’m staying or not,” Mane, who has one year remaining on his Liverpool contract, told Sky Sports. “What I want to say now is I am fully focused on the Champions League and winning it, which is far more important for me and the Liverpool fans.

– Manchester United will table an official offer for RB Leipzig forward Christopher Nkunku next week, according to Sky Sports Germany. Ralf Rangnick recommended the 24-year-old to the Old Trafford hierarchy, but it is understood that Leipzig do not want to move him on this summer. Nkunku is expected to attract plenty of interest when the transfer window opens, having contributed to 33 goals in 34 Bundesliga appearances.

– Southampton are keen on West Ham United defender Ryan Fredericks, reports the Telegraph. With Valentino Livramento sidelined after suffering an ACL injury in April, the Saints are looking to acquire a cover option at right-back this summer. Fredericks, 29, has been strongly linked with an exit from the London Stadium, with Fulham also interested in his services.

– Manchester United are close to reaching an agreement over a contract extension for David de Gea, reveals Ekrem Konur. The 31-year-old goalkeeper was a standout performer for the Red Devils in an overall disappointing season, and it looks as though new boss Erik ten Hag has identified him as one of the players he wants to work with at Old Trafford.

– Internazionale are close to reaching an agreement with AS Roma midfielder Henrikh Mkhitaryan, reports Gazzetta dello Sport. The Nerazzurri have been in talks with the 33-year-old in recent weeks in a bid to land him on a free transfer, and it looks as though he is prepared to make the switch to San Siro. The Armenia international made 33 appearances for Jose Mourinho’s side last season.

– Tottenham Hotspur are looking to moving on from Harry Winks in the summer, according to the Daily Mail. Newcastle United and Southampton are reported to be keen on acquiring the 26-year-old midfielder, who could be signed for a fee of £25m. Winks has seen reduced playing time since Antonio Conte took charge of the team, and could be prepared to move on in search of regular minutes.

– Juventus and AC Milan are interested in signing Man City striker Gabriel Jesus, according to Calciomercato. With City set to welcome Erling Haaland in the summer, Jesus could be allowed to leave the Etihad Stadium. Arsenal have recently been linked with the 25-year-old forward, but the latest indicates they could have competition from the Serie A sides.