Arsenal and Man United to battle for Leicester's Youri Tielemans 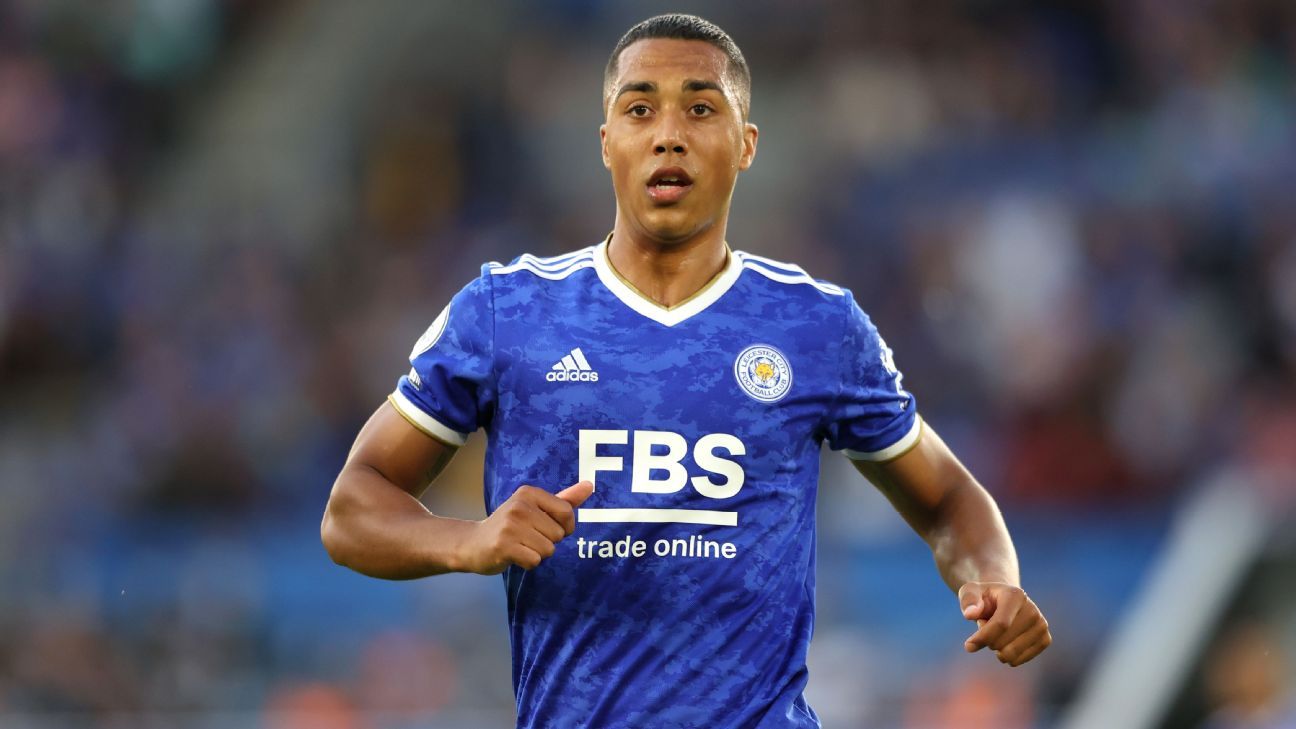 TOP STORY: Arsenal and Man United to battle for Tielemans

Leicester City midfielder Youri Tielemans is reportedly keen to leave the club this summer, with Arsenal and Manchester United battling for his signature, according to Het Nieuwsblad.

Tielemans, 24, has impressed since moving from Monaco for £32 million in 2019. But, with his contract expiring in 2023, the clock is ticking on his future at the club and the Belgium international seemingly wants to join a top club with title ambitions.

Leicester have previously demanded £60m from clubs wanting to sign Tielemans, yet the report states they are now willing to accept around £35m this summer, so they don’t lose him for free.

Sitting 12th in the Premier League, Leicester have struggled this season and that form won’t be enough to persuade Tielemans to sign a new contract.

He has also seen interest from Liverpool, Real Madrid and Juventus.

08.30 GMT: Paris Saint-Germain coach Mauricio Pochettino says he does not believe Kylian Mbappe‘s future will depend on the outcome of the Champions League round-of-16 tie against Real Madrid.

Mbappe, who becomes a free agent this summer and has been a target of Real Madrid in previous transfer windows, recently said he had not made a decision on his future. Moreover, that playing against Real Madrid in the Champions League “changes a lot of things” for him.

“I think such an important decision cannot be down to a game or a tie,” Pochettino said. ” He is an intelligent chap, mature, with a tremendous analytical capacity and always knowing what he wants for his career and his future. He has people around him that I’m certain advise him in the best possible way. I see him calm, focused on doing his best for PSG and as he said, and we must respect it, he will make a decision once this tie is over.”

Pochettino, meanwhile, said he is not bothered by ongoing speculation that Zinedine Zidane could replace him at PSG while he is linked with the job at Manchester United.

“I don’t know, it’s not up to me to decide,” Pochettino said when asked if he sees Zidane as his replacement once he leaves. “Zidane is a great coach, he already showed it at Real Madrid. The rumours don’t bother me.

“He can train any trainer in the world. Also, he is French. That is one more question for the sporting director or the president. Look, when Zinedine Zidane was at Real Madrid, how many rumours didn’t come out of me [when I was] in England? When we take charge of a club with the visibility of PSG, we know that this comes with the position. That has to be accepted, otherwise I could not be sitting here in front of you right now as PSG coach. We are 200%t focused on PSG and on giving this club the happiness they expect from us.”

– Paris Saint-Germain are not planning to extend Angel Di Maria‘s contract, says journalist Ekrem Konur. The 33-year-old’s deal with Les Parisiens expires in the summer, though there is a club option of a further year. The report says that a number of teams across Europe and Brazil are monitoring his situation.

Juventus are considering making a move to sign AC Milan midfielder Franck Kessie in the summer, reports Nicolo Schira. Kessie, 25, is a free agent once his contract expires in 2022 and has been linked with a host of Europe’s top clubs including PSG, Barcelona, Man United, Liverpool and Tottenham. Schira claims that the Ivory Coast international is not interested in extending his deal with the Rossoneri, with Juventus the latest to be offered the chance to land him.

– Wolves and Barcelona are agreeing a swap deal that would see Adama Traore join Barcelona permanently, with Francisco Trincao set to stay at Molineux. Sport reports that both players’ loan deals will be made permanent, with their options to sign negotiated to €30m each, allowing them to make a swap.

– West Ham United are still interested in signing Jesse Lingard in the summer, according to Calciomercato. The Manchester United playmaker was told he was free to leave the club on loan in January, however a move didn’t materialise. Both West Ham and Newcastle United were linked, but may have the chance to sign him at the end of the season, with the 29-year-old out of contract.

– Barcelona could accept less than the €40m permanent option in Philippe Coutinho‘s loan deal at Aston Villa, according to Sport. The 29-year-old has had an explosive return to the Premier League, scoring twice and assisting twice in three appearances. €40m is the figure Villa need to sign him, however the report claims that the Blaugrana are likely to accept less to free up wage space.

– Borussia Dortmund have made striker Karim Adeyemi their top target for the summer, says Fabrizio Romano. The Bundesliga side have already agreed to sign defender Niklas Sule from rivals Bayern Munich on a free transfer in the summer, and have now turned their attention to Adeyemi. The 20-year-old has impressed for FC Salzburg and the club are confident of reaching an agreement with both the player and his team.