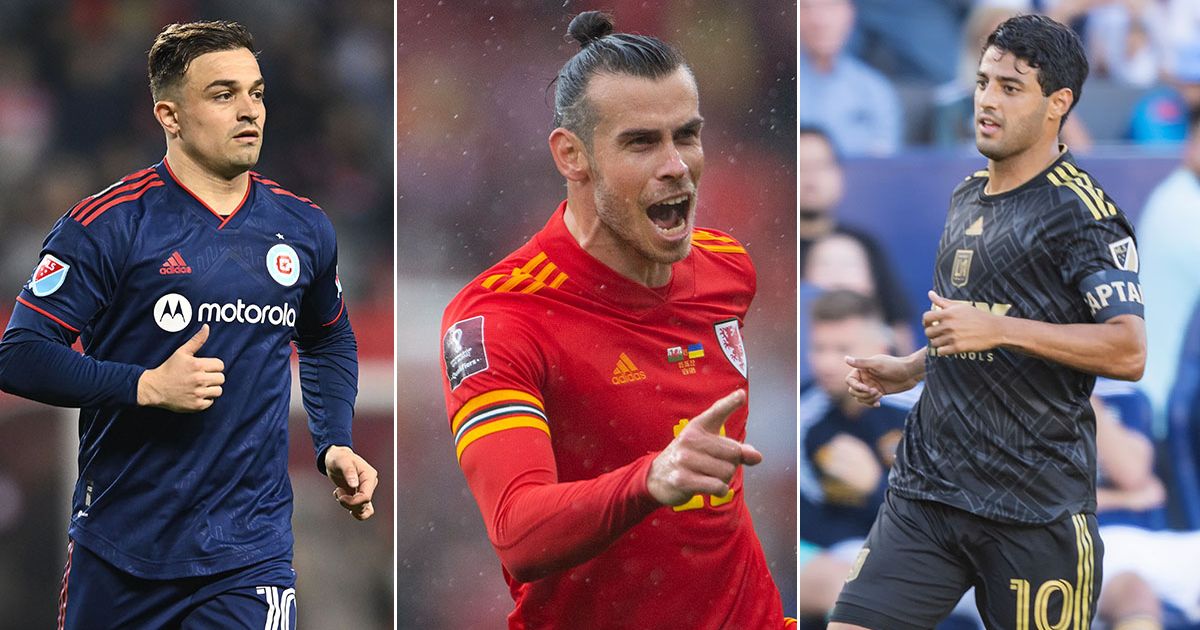 Former Tottenham and Real Madrid star Gareth Bale is set to join Los Angeles FC in Major League Soccer, and he won’t be the only former Premier League favourite in MLS

Bale will continue his career in MLS after leaving Real Madrid (

Gareth Bale’s future has been settled, with the former Real Madrid star set to continue his career with Los Angeles FC in Major League Soccer.

The Welsh international has agreed terms with Steve Cherundolo’s team, who currently sit top of the overall MLS table, and will use the move to play regular football ahead of the upcoming World Cup. “See you soon, Los Angeles,” the 32-year-old wrote in a tweet confirming the move.

Back in 2007, David Beckham’s move to LA Galaxy laid the foundations for a number of European stars to cross the Atlantic, though a fair few had tried their luck in MLS even earlier. Here, Mirror Football looks at some of the other one-time Premier League players currently plying their trade in the US and Canada with Bale set to join them over the summer.

One of the biggest recent success stories in MLS, Vela will be joined by Bale in Los Angeles to produce a daunting front-line. The Mexican international became the club’s first ever Designated Player (able to earn outside the salary cap) when he arrived from Real Sociedad ahead of their first ever season in Major League Soccer.

Vela began his professional career with Arsenal, but left the club in 2012 after failing to hold down a regular starting spot. His move to the US came off the back of more than 200 games with La Real, and he hit the ground running in California.

The 34 league goals he scored in the 2019 season remains a record for a single campaign, though he has struggled with injuries in the years since. Vela won the MLS Supporters’ Shield with LAFC in 2019, before reaching the final of the CONCACAF Champions League the following year.

Will Bale succeed in MLS? Have your say in the comments section

Vela has an impressive goalscoring record in MLS
(
Advertisement. Scroll to continue reading.

Another Mexican international, Hernandez made more of an impact in England. The former Chivas star, better known as ‘Chicharito’, scored more than 50 Premier League goals across spells with Manchester United and West Ham United.

The 34-year-old joined LA Galaxy in 2020, arriving during a difficult time off the pitch and taking time to rediscover his form. However, 17 goals in the 2021 season was almost enough to drag his team into the playoffs.

Chicharito has six goals to his name this season, including the winner in the opening game of the campaign. He was also on target in April as Galaxy beat neighbours LAFC in their first derby clash of 2022.

It’s no surprise to see US internationals return to their home country after stints in England, and Guzan is no exception. While the likes of Zack Steffen and Arsenal-bound Matt Turner have overtaken the veteran at international level, he continues to play his part at Atlanta United.

Guzan racked up more than 150 Premier League appearances, the bulk of them for Aston Villa, after moving to England in 2008. He returned to the States in 2017 after suffering relegation from the English top flight with Middlesbrough.

The goalkeeper’s spell in MLS has brought plenty of honours. A highlight came in 2018, with the Illinois-born stopper keeping a clean sheet as Atlanta beat Portland Timbers to win MLS Cup.

Another US international and another former Aston Villa player, Bradley has been far more successful on his side of the Atlantic. The midfielder’s stint at Villa Park was short-lived, he has made more than 250 MLS appearances either side of a foray into European football.

Born in New Jersey, the son of former Swansea City boss Bob Bradley begun his career at hometown club New York/New Jersey MetroStars. He spent time in the Eredivisie, Bundesliga, Premier League and Serie A before joining Toronto FC as he looked for regular minutes ahead of representing the United States at the 2014 World Cup.

Eight years on, he is still in Canada and now has 150 international caps for the US. His last cap came in 2019, though, and he is not expected to line up against Bale’s Wales side in Qatar.

A third former Aston Villa player on the list, Gil was relegated from the Premier League as the Birmingham side finished bottom in 2016. The Spain under-21 international returned to his home country soon after, but made the move to MLS in 2019.

Not only has Gil impressed on the pitch, scoring a career-best 10 league goals in his first season with the New England Revolution, but he has captained the side. With former US Men’s National Team boss Bruce Arena in the dugout, this is a high honour.

After helping the Revs get within one game of MLS Cup in 2020, Gil and his teammates showed greater consistency the following year to finish top of the regular season standings. The 29-year-old has four goals already this season, but Arena’s team have work to do if they want to reach the playoffs.

Shaqiri moved to MLS after a brief spell in France
(
Advertisement. Scroll to continue reading.

A mercurial left-footed star moving to MLS after a quiet few months: Bale has a path to follow in the form of Shaqiri’s move to Chicago Fire.

After more than 100 Premier League appearances with Stoke City and Liverpool, Shaqiri endured a tough time with Lyon. He opted to cut short his spell in Ligue 1 when Fire came calling, though, leaving France midway through the European season.

The Swiss international scored his first MLS goal from the penalty spot back in March, and has since added two more. However, this has not been enough to lift Ezra Hendrickson’s team off the bottom of the Eastern Conference.

Wanyama, like Shaqiri, had struggled for minutes in England before moving to Major League Soccer. The Kenyan international midfielder had played just four times for Tottenham Hotspur in the 2019-20 season, prompting him to head to CF Montreal ahead of the 2020 MLS campaign.

Still just 31, Wanyama played more than 150 Premier League games during his time with Spurs and Southampton. His move to Canada has brought more regular football, and he made his 50th MLS appearance earlier this year.

Wilfried Nancy won the Canadian Championship in 2021, making up for their underwhelming MLS showing. The result earned them a spot in this season’s CONCACAF Champions League, with Wanyama and his teammates reaching the quarter-finals, and there’s every chance of a domestic playoff spot later this year.