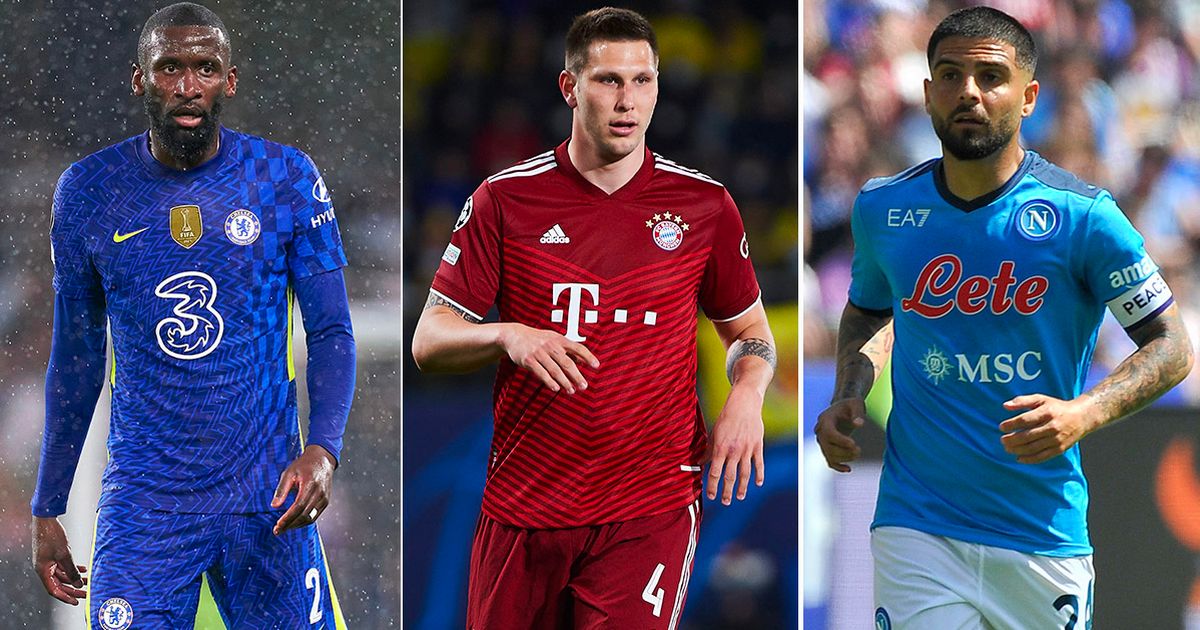 The summer transfer window is yet to officially open but clubs across Europe are already planning who they will buy and sell ahead of next season.

With the financial effects of the Covid-19 pandemic starting to slowly subside, it could be a busy summer where clubs may spend big in order to improve their squads. There has already been some deals ‘agreed’ to take place, with just the final minor details ready to be ironed out when the window opens.

One move which is extremely close to being confirmed is Kylian Mbappe’s switch to Real Madrid from Paris Saint-Germain. The 23-year-old is out of contract at Les Parisiens this summer and is free to find a new club. According to the Athletic, Mbappe has agreed personal terms with Los Blancos ahead of a potential move.

So, with that in mind, here is a look at nine other deals which have already been agreed this summer.

The German international is set to move to Real Madrid on a free transfer when his Chelsea contract expires at the end of the season. The Blues had hoped to keep Rudiger beyond the end of his current deal, but failed to come to terms with a player who has been integral to the success achieved under Thomas Tuchel.

In total, it is believed the Blues made three separate offers to the 29-year-old, the last of which would have seen him pick up £230,00-per-week. However, after failing to reach an agreement and Roman Abramovich’s sanction, Rudiger will now leave the club and reportedly told his Chelsea team-mates as early as last month that he intended to join the Spanish champions

After an impressive start to life in the West Midlands, Wolvesexercised the option to sign Hwang on a permanent deal back in January. The South Korean international has spent the 2021/22 season at Wolves on loan from RB Leipzig, scoring five goals in 30 appearances.

Similarly to Mats Hummels, Sule has become the latest defender to switch Bayern Munich to Borussia Dortmund, with the German international set to sign on a free transfer this summer. Although he was offered a new deal, worth £9million-per-year, Sule held off re-signing and has joined Dortmund instead.

The 27-year-old is expected to become Arsenal’s first summer signing when he arrives from New England Revolution at the end of the season. He won the MLS Supporters’ Shield last year and has since taken over as the USA’s No.1 within the past 12 months. Turner is set to provide support for Aaron Ramsdale and Bernd Leno in the club’s goalkeeping department.

Having spent the campaign on loan at Inter, Correa will join the Milan club on a permanent deal this summer. The 27-year-old has scored four goals in 35 games this season as the Nerazzurri push for the Serie A title.

Insigne, a product of the Napoli academy, will leave the club this summer when his contract expires to join MLS side Toronto. The 30-year-old has made over 400 appearances for the Italian side, scoring more than 100 goals and has since become one of Napoli’s greatest-ever players.

Manchester City have already announced the signing of Haaland, which is set to be completed on July 1. City confirmed that the transfer remains subject to the Club finalising terms with the player. The Norway international comes to the Premier League after enhancing his reputation in the Bundesliga as one of the hottest prospects in world football.

A no-nonsense centre-back, Souttar will move to Rangers after joining the club on a pre-contract agreement. He has become a key member of the Hearts side since his switch from Dundee United in 2016 and has already made four appearances for the Scotland national team.

Ex-Chelsea winger Boga is already on loan at Atalanta but is set to join on a permanent deal for a record-breaking transfer deal despite scoring just twice in 21 games this season. The Bergamo side will pay €18million for the 25-year-old winger, who is tactically flexible and can play in a number of positions up front.